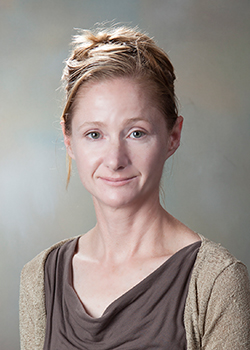 ALBUQUERQUE, N.M. — Sandia researchers Stephanie Hansen and Alan Kruizenga are among 102 scientists and engineers to receive the 2017 Presidential Early Career Award for Scientists and Engineers (PECASE).

The PECASE, established in 1996, is the highest honor bestowed by the U.S. government on outstanding scientists and engineers in the early stages of their careers. The awards, made on the recommendations of participating agencies, traditionally are conferred annually at the White House.

Hansen studies the behavior of atoms in extreme environments and is working under a five-year Early Career Award from the DOE Office of Science. Her work contributes to the tools used to model and interpret data from high-energy-density experiments and astrophysical plasmas.

Said Hansen, “I am deeply honored to receive this award and find it humbling to receive individual recognition for work that is inherently collective and collaborative.”

“I am honored and thrilled to have won a PECASE award,” says Kruizenga. “I believe this validates the important work being done on energy efficiency at Sandia and in the nation. Providing long-lasting, efficient and clean energy is one of the greatest challenges our generation faces.”

At Sandia’s California site, Kruizenga’s primary area of research focuses on materials degradation and interfacial interactions in molten nitrate salt systems and liquid metal systems for thermal energy storage. Energy storage is a key challenge in providing cost-effective, on-demand power. Currently, power suppliers use batteries with lifespans that fall far short of the desired 30-plus-year requirements for efficient, economical storage. Thermal energy storage captures energy in heat, which is then removed to generate electricity via steam or other working fluids, saving on cost and efficiency.

To contribute to this vital systems work, Kruizenga and his team ran a series of materials compatibility experiments with a variety of metal alloys to determine the best suited containment material for molten nitrate salts in thermal energy storage systems. High-aluminum alloys, like those investigated by Kruizenga, will be critical in reducing costs and ensuring long-term productivity by minimizing outages and down-time. 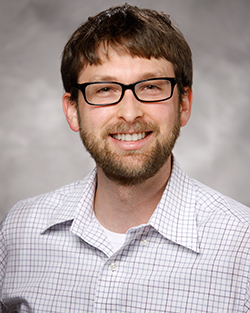 Hansen, at Sandia’s main site in Albuquerque, is interested in how changes in the atomic-scale response of materials at extreme pressures and temperatures can affect the performance of high-energy-density experiments. One example is the Magnetized Liner Inertial Fusion (MagLIF) research currently underway on Sandia’s Z machine. Under the force of Z’s 20 mega-ampere currents, these experiments compress fusion fuel to gigabar pressures and heat it to 30 million degrees Celsius — temperatures hotter than the sun.

“Z offers an extraordinary platform for investigating atomic physics in extreme environments,” said Hansen. Combining her models with data collected on high-precision instruments developed and fielded by other Sandia scientists, she said her goal is to find a consistent story about what happens on the nanosecond time scales of the Z experiments.

Hansen also conducts research elsewhere: In August 2016 she led an experiment to study the response of metal foils irradiated by the high-intensity X-ray laser at Stanford’s Linear Coherent Light Source. “These are fascinating experiments because everything happens in less than a picosecond,” she said. “The X-ray laser creates dramatic changes in the electronic structure before the ions even know what hit them.”

In a news release, the White House congratulated the honorees for their research efforts to expand scientific knowledge and contribute to the U.S. economy.

No date has been set for the award ceremony.