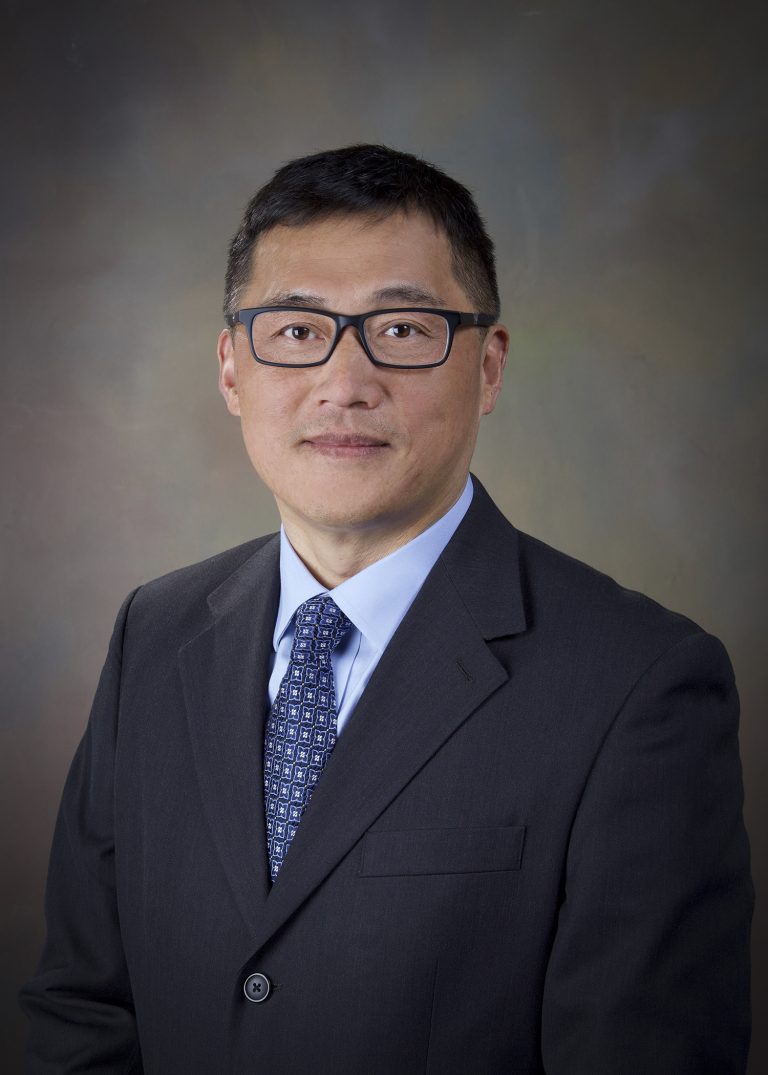 “It is evident that you embody the reason SASE created this category, and we are proud to present you this award,” wrote the organization’s CEO and Executive Director Khanh Vu in the society’s notification message.

The strong endorsement is confirmed by Fan’s many technical papers, awards and patents, appointment to scientific societies and outreach to students. 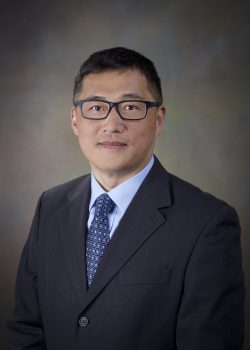 Sandia National Laboratories materials scientist and manager Hongyou Fan has received a 2022 Career Achievement Award from the Society of Asian Scientists and Engineers. (Photo by Lonnie Anderson) Click on the thumbnail for a full-size image.

Still, in an interview, he waves his hand dismissively at a list of his achievements, which include 138 published papers in his 25-year career. “Everything I’ve done has been done with the help of other people,” he said. “You can’t rely on just yourself.”

As a case in point, he mentions his project to create new materials by using pressure to induce coalescence of different materials. Due to a chance meeting with managers in another group and their subsequent willingness to support the project, the work went from a productive but time-consuming method — using pressure from diamond anvils to force atoms into place — to a rapid and more useful method by using magnetic pressure (the same as the force generated by Sandia’s Z machine, the most powerful producer of the highest dynamic pressure on the planet) to in effect lock new structures into place.  “Now, instead of waiting days as pressure from my diamond anvil takes effect, I can create new in materials in 300 nanoseconds,” he said.

The joint work leveraged Sandia’s pulsed power facilities to understand nanomaterial behavior across multiple length scales on the nanosecond time scale for the first time. The method creates a new manufacturing process, mimicking the embossing and imprinting manufacturing processes, but at ultra-short timescales.

The experiment’s conversion began with a casual conversation between Fan and Z machine manager Mike Cuneo at a swimming pool where they met by chance during a group swimming lesson for their children. Later, manager Dawn Flicker, charged with scheduling research ‘shots’ on Sandia’s Dynamic Integrated Compression Material Experimental (DICE) system, found a time slot to insert their experiment. The collaborative work ultimately was published in the journal Nature Communications and won a R&D 100 Award.

“None of this would have happened without Dawn and Mike,” said Fan. “So, while this accolade from SASE is a personal honor and a real career highlight for me, it is also a testament to the large body of work accomplished by the interdisciplinary team of employees, students, postdocs and others who have collaborated with me to achieve scientific success. I will humbly accept the award on their behalf as well as my own.”

Though he enjoys partnering, Fan is believed to be the only DOE National Laboratory scientist to be awarded the Materials Research Society Mid-Career Researcher Award. The honor, announced in 2019, recognized his exceptional achievements in nanoscale self-assembly and synthesis of functional nanomaterials as well as his technical leadership in materials science.

He also received the MRS Fred Kavli Distinguished Lectureship in Nanoscience in 2015, recognizing his pioneered development of pressure-induced synthesis and characterization technologies. He won Sandia’s Laboratory Directed Research & Development Award for Excellence in 2007; five independent R&D Magazine (now R&D World) R&D 100 Awards in recognition of development of significant and innovative technologies in 2007, 2010, 2016, 2020 and 2022; and the Asian American Engineer of the Year Award in 2012.

He is a fellow of the Materials Research Society and the American Physical Society, has helped arrange many technical meetings and serves as editor on several technical journals.

On the entrepreneurial side, Fan co-founded a startup company based on his inventions, Lunano LLC, to develop disinfectants to kill viruses, bacteria and fungi, including the virus that causes COVID-19.

Recently, the New Mexico Legislature recognized him in Santa Fe for his distinguished achievements in science and innovation.

Currently, Fan leads the geochemistry department at Sandia as well as a group of scientists addressing complex challenges related to climate change security.

SASE’s purpose, in its own words, is “to prepare Asian heritage scientists and engineers for success in the global business world, to celebrate diversity on campuses and in the workplace, and to provide opportunities for members to make contributions to their local communities.” The society claims more than 1,800 student and professional members.