ALBUQUERQUE, N.M.— A bold plan paid off this past summer when Sandia National Laboratories staff members LaRico Treadwell and Khalid Hattar combined their passions for increasing inclusion of people of color with developing materials to eventually derive energy from nuclear fusion. 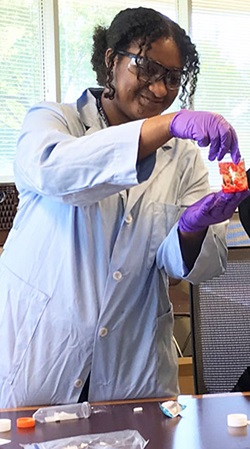 Eryal Reinhart, a summer intern at Sandia National Laboratories, is considering switching her major from engineering to materials science. (Photo courtesy of Eryal Reinhart) Click on the thumbnail for a high-resolution image.

Standing to benefit from the pilot project were three undergraduate interns from North Carolina Agricultural and Technical State University, one of America’s historically black colleges and universities. They interned at Sandia to tackle difficult problems in fusion energy science and raised their career goals to the next level.

“This internship has opened my eyes to so many things in science that I did not know,” said Bria Cook, a senior chemistry major at NCAT. “It made me realize that I want to go to graduate school to get my Ph.D., which was never in my plans after my undergraduate degree.”

Lester Coney, a sophomore in computer science at NCAT, is already using information he learned during his summer Sandia internship at school this fall, working with Linux clusters and Python scripting, and running high-performance environment computing.

Sandia senior manager Dawn Flicker, who facilitated the pilot project, said that “the Sandia experience exposed these students to the excitement of helping deliver fusion energy, which could substantially power modern society while mitigating climate change. We felt this early-college experience could help influence their career choices and even whether to attend graduate school.” 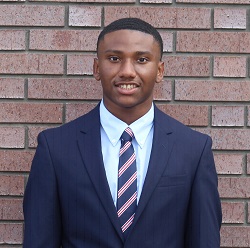 Lester Coney’s experiences as a Sandia National Laboratories summer intern has led him deeper into computing languages. (Photo courtesy of Lester Coney) Click on the thumbnail for a high-resolution image.

“This year our goal with this program was to plant the seed and influence their future decision processes,” said Flicker. “Our future summer internship program may focus on students closer to graduation, or even entirely on graduate students with majors more aligned with the fusion energy discipline.”

The plan to broaden the pool of minority students interested in entering fusion research was simple and direct, said Flicker. The student interns from historically black colleges and universities would help deal with one of the most complex issues of a future fusion power plant: the design of components designed to directly face plasma so hot that it exceeds the temperature of the sun.

How to help design a future fusion power plant

A white paper authored by Sandia researchers LaRico Treadwell and Khalid Hattar explains the situation in a sentence: “Understanding the materials science of component response to the extreme conditions of a fusion reactor and to develop materials that can survive these environments for extended time is one of the critical technology issues facing the fusion program.”

To even begin to achieve a workable surface, the paper continues, “understanding the microstructural evolution that results in the degradation of the tungsten alloys used as plasma-facing components is critical for the success of most proposed future burning-plasma devices under consideration.”

To that end, the students performed atomistic simulations, experimented with ion implantation and heavy ion irradiation, and observed their work in both scanning and transmission electron microscopes at Sandia’s Advanced Materials Lab and other locations, under the mentorship of a number of Sandia employees, notably Mary Alice Cusentino, Jim Carney and Treadwell.

More time in the fires of education

The work proved exciting enough for Cook to decide to continue her education when she graduates this spring. She is applying to elite graduate schools. “The very nice mentors at the [Advanced Materials Lab],” she said, “educated me on polymer and composite chemistry and the different opportunities available if I were to pursue a Ph.D. in chemistry.” 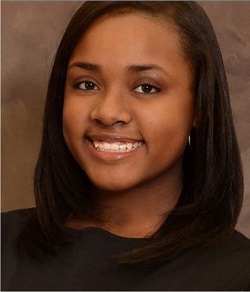 Bria Cook’s intern experience at Sandia National Laboratories has encouraged her to seek a science doctoral degree rather than end her education after earning her bachelor’s degree. (Photo courtesy of Bria Cook) Click on the thumbnail for a high-resolution image.

Reinhart sees her summer internship as a welcome part of her life experiences from which she’ll eventually come up with the career direction she wants to go.

Flicker acknowledges that asking for a commitment to fusion research after the experience of a single summer “might be too much to ask. But as a society, we benefit if historically black college and university students are energized and better qualified to pursue any science, technology, engineering or mathematics career, which we did,” said Flicker.

She’s already planning to heighten intern awareness of the promise and challenge of fusion, if the program is funded next year.

“Aspects of this pilot may be grown into a bigger national plan,” she says.

As noted in the recent report of the Fusion Energy Sciences Advisory Committee,  the multidisciplinary workforce needed for fusion energy and plasma science requires a healthy climate of diversity, equity and inclusion, which will benefit the community as a whole and the mission of FES.

“This kind of work by the scientific community at Sandia Labs is sure to strengthen multicultural American science in the current decade and bring us closer to controlling nuclear fusion for energy purposes as well,” said James Van Dam, Fusion Energy Sciences associate director.