ALBUQUERQUE, N.M. — Sandia National Laboratories video producer Myra Buteau swept a hand toward the top shelf of a bookcase stuffed with black cases of high-definition tapes. The biggest challenge in telling the story of Sandia’s years of above-ground and underground nuclear weapon field tests, she said, was condensing the 100 hours of interviews on those tapes into a 32-minute historical documentary.

“Cold War Warriors” traces nuclear weapons testing from the first nuclear detonation in southern New Mexico in 1945 to the final test in September 1992. Buteau narrates, but the story is told largely by 44 Sandia field testers, the people she calls “game changers in the evolution of nuclear weapons testing.”

“I wanted to create a documentary that not only showed the significance of their contributions but also gave the essence of who these nuclear weapons field testers were,” she said.

The film opens with a montage of historical photos and documents and progresses into interwoven interviews about nearly 50 years of nuclear tests in New Mexico, south Pacific islands and the Nevada Test Site, now the Nevada National Security Site. It includes footage of the tests and the political events that shaped the era. Buteau calls the field testers “behind-the-scenes heroes on the world stage during a frightening time in American history known as the Cold War.” 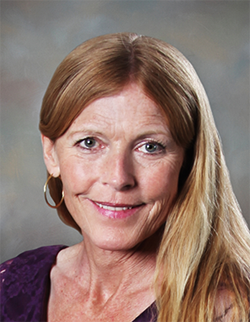 Told by those who built the legacy

“It’s important for people to see the legacy of the labs and the people who built that legacy,” she said. “I really wanted to pay tribute to the individuals who dedicated their lives, who had such a passion for this work, and to the families. There were a lot of stories of people who’d go away to testing and they’d be gone three weeks, four weeks, five weeks. It was a huge effort.”

The first interview shown is with the late Ben Benjamin, who teases that the filmmakers really wanted J. Robert Oppenheimer or Gen. Leslie Groves, the men who headed the Manhattan Project that built the first atomic bomb. But they died decades ago, forcing the interviewers to go down a list until “you finally got to a technician who was there, and that was me.”

For Buteau, Benjamin “epitomized the field test, the can-do attitude, the esprit de corps mindset and the get-the-job-done motto.”

The idea for the program came from David Thompson, former manager of the Nevada Test Site, who suggested capturing the recollections of those behind the nuclear tests. He turned to then-Sandia President Tom Hunter, who backed the idea. Thompson tapped Buteau to put the documentary together.

Field tester Al Chabai, now retired, suggested many of the people interviewed and conducted most of the conversations. Chabai, who also appears in the documentary, worked in the testing program for decades. “He was the perfect choice,” Buteau said. “He knew the people because he worked with them. I did some of the interviews, but I just didn’t have the knowledge to ask the questions that he knew to ask.”

She began editing by paring the interviews to the most striking nuggets, then wove those clips into a chronological story. “When you interview people on certain topics they’ll say very similar things, and then it’s easy to cut back and forth,” said Buteau, a Sandia video producer and director for two dozen years.

“People can tell a story better than I could ever script it, and they have passion and the emotion,” she said.

The first order of business was to talk to as many field test workers as possible. That took a year. The original list was longer than the 44 eventually interviewed, but there wasn’t enough money to film everyone. When the initial budget ran out, there was no funding to edit all the footage and produce the documentary. It took a decade to finish.

“I wanted to get as many interviews done as we could because of the advanced age of some of the individuals,” Buteau said. “I thought that was more important. I thought perhaps sometime in the future we could get more funding to do the editing. Little did I know it would be 10 years.” 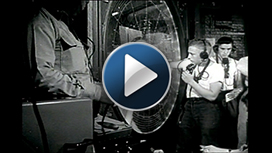 Click to view “Cold War Warriors,” a documentary film about the story of countless nuclear weapons workers at Sandia Corporation who worked in all aspects of Sandia’s above-ground, atmospheric and underground nuclear weapons field test operations from the dawn of the atomic age in 1945 to the cessation of testing in 1992.

Historical archive of those who did the work

About 40 percent of those interviewed have since died, she said. “Had we not captured this knowledge, we would not have this historical archive of their stories and what they went through and who they met, what they did.”

Buteau wanted the entire interviews and the high-resolution format available in the future, so the original tapes eventually will be housed in the Defense Threat Reduction Agency archives. “I don’t want them to go into an abyss where no one has access to them,” she said. “I think they’re historically important.”