Research engineer Conrad James and Theresa A. Carson, a senior manager in Sandia’s Supply Chain Management Center, were recognized for their strong commitment to improving the quality of life for African Americans in the community. The 13th annual service awards recognize dedication to education, community development, health care advocacy and economic advancement for African Americans. 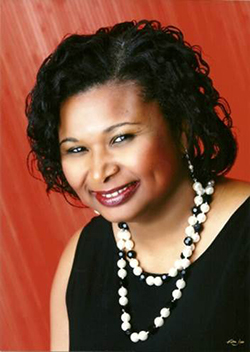 “We learned in discussions with those new to Albuquerque that the lack of community for African Americans causes some to seek job opportunities elsewhere,” Carson said. “We saw the need for a venue where the 2 percent of city residents who are African Americans can network and share information about cultural services and become involved in community activities.”

Carson said, “It’s an honor to be recognized by New Mexico’s Office of African American Affairs. While awards are wonderful, just knowing that we have helped to bring together African Americans within and around Albuquerque to begin the journey of forming an active community that is embracing our new residents is rewarding enough.”

In Albuquerque, Carson has served as a member of the Albuquerque Academy Board of Directors, volunteered as co-planner for the National Museum of Nuclear Science and History’s Discover STEM program and has served on three Calvary of Albuquerque Missionary Care Teams. At Sandia, she is the former co-chairwoman of the Black Leadership Committee and coordinator for HMTech, an educational outreach program for African-American middle school and high school students.

James received the executive OAAA service award for his contributions to statewide policy. While a researcher at Sandia, James served in the New Mexico House of Representatives from 2011-2012 and 2015-2016. In 2013, he was appointed to the University of New Mexico’s Board of Regents, where he served as vice chairman of the Finance and Facilities Committee and as a member of the Health Sciences Center Board of Directors. 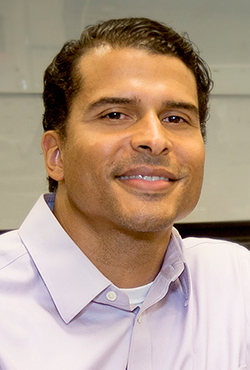 Sandia National Laboratories research engineer Conrad James received the executive OAAA award for his contributions to statewide policy. (Photo by Stephanie Blackwell) Click on the thumbnail for a high-resolution image.

“Through his work as a legislator, James has been dedicated to the community at large and all communities of color,” said Yvette Kaufman-Bell, executive director of the Office of African American Affairs, who nominated him for the award. “He is a champion for education, and has made an impact on policy for our youth, our elders and our local business owners.”

James said he is honored to receive the award. “My time in the legislature and on the UNM Board of Regents was very rewarding, and I am pleased I was able to make a difference in our state. New Mexico has a unique situation where legislators are citizen volunteers, and I really find it to be a great way to get people involved in helping their community, while still remaining a vital part of that community.”

James said he enjoys community service because “I like examining complex problems, and then working in teams to come up with solutions. Policymaking at the state level was a perfect match for my interests.”