ALBUQUERQUE, N.M. — Three Sandia National Laboratories scientists are among 19 people from across the United States receiving 2012 Asian American Engineer of the Year awards.

The AAEOY program and awards ceremony will be held in Albuquerque on March 2-3 at the Marriott Uptown. “It is a great honor to host this event,” said Eliot Fang, the Sandia engineer who chairs the AAEOY 2012 Executive Committee. “This is a national award ceremony with tours, technical seminars, career information and a formal banquet.” 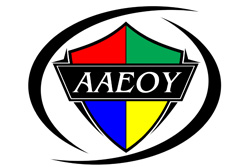 The Asian American Engineer of the Year program was launched in 2002 and is organized by the Chinese Institute of Engineers-USA, founded in 1917. Click on the thumbnail for a high-resolution image.

Sandia and Lockheed Martin Corp. are title sponsors of AAEOY 2012. The program recognizes outstanding Asian American professionals in science and engineering for their technical achievement and public service. It was launched in 2002 and is organized by the Chinese Institute of Engineers-USA (CIE-USA), founded in 1917.

In the past 10 years, 181 people have received the AAEOY Award and 27 the special Distinguished Award. The three 2012 honorees bring to 12 the number of Sandia employees recognized since 2002. Nominations come from corporations, academics, government and scientific institutions.

Fan has been with Sandia since 2000 and is a principal member of technical staff. His research focuses on assembly and engineering of nanostructured materials and revealing their structure and property relationship for device integration. He has developed cutting-edge technologies and received awards including an R&D 100, a Federal Laboratory Consortium Outstanding Technology Development and a University of New Mexico Mentor. Fan has authored or co-authored 60 scientific papers and has more than 4,000 citations and 20 patents and patent applications. AAEOY honored Fan for his technical work, his mentoring of the next generation of U.S. engineers and for his community service to K-12 education.

Lau joined Sandia in 1981. He has worked on terrain-aided navigation, missile guidance, controls and modeling of complex-electro-mechanical systems and performance analysis of nuclear weapon fuzing. He has been a technical manager since 1997. As a senior manager at Sandia/California the past three years, he oversees three nuclear weapons system engineering departments and one engineering services department. Lau was a member of a study group that received the 2005 Leo Szilard Award for Physics in the Public Interest from the American Physical Society. He was honored by AAEOY for his sustained contributions to stewardship of nuclear weapons systems in the U.S. stockpile.

Rao is a principal member of technical staff. She joined Sandia in 1990 and is a finite element software developer and analyst for computational fluid dynamics and multiphysics applications, including free and moving boundary problems and non-Newtonian fluid mechanics. Among other projects, she has worked on low-level radioactive waste disposal, flow-through porous media, viscoelastic flows, coating flows, fluid-solid interactions, thermal batteries and nuclear waste reprocessing. Rao has received numerous awards. She was honored by AAEOY for her contribution to the development of numerical models for improving manufacturing processes while supporting future scientists and public education.

“We are excited about the opportunity to help host this year’s Asian American Engineer of the Year event,” said Kim Sawyer, Sandia executive vice president and deputy laboratories director. “Sandia’s Asian Leadership and Outreach Committee, which represents 288 Asian Americans at the New Mexico lab, is planning an exceptional event that will reach out to a national audience.”

Kimberly Admire, vice president of Diversity, Inclusion and Equal Opportunity Programs at Lockheed Martin Corp., said AAEOY “provides an opportunity to recognize talented Asian American men and women for their contributions in STEM (science, technology, engineering and mathematics) and leadership. We are delighted this year’s event is being held in Albuquerque, and we look forward to hosting some of the activities for AAEOY 2012.”

“This has been a great experience,” Fang, an AAEOY honoree in 2006, said of heading up the planning committee. “Albuquerque’s hosting of AAEOY helps promote Sandia’s image in science and technology leadership, as well as commitment to diversity and public service.”