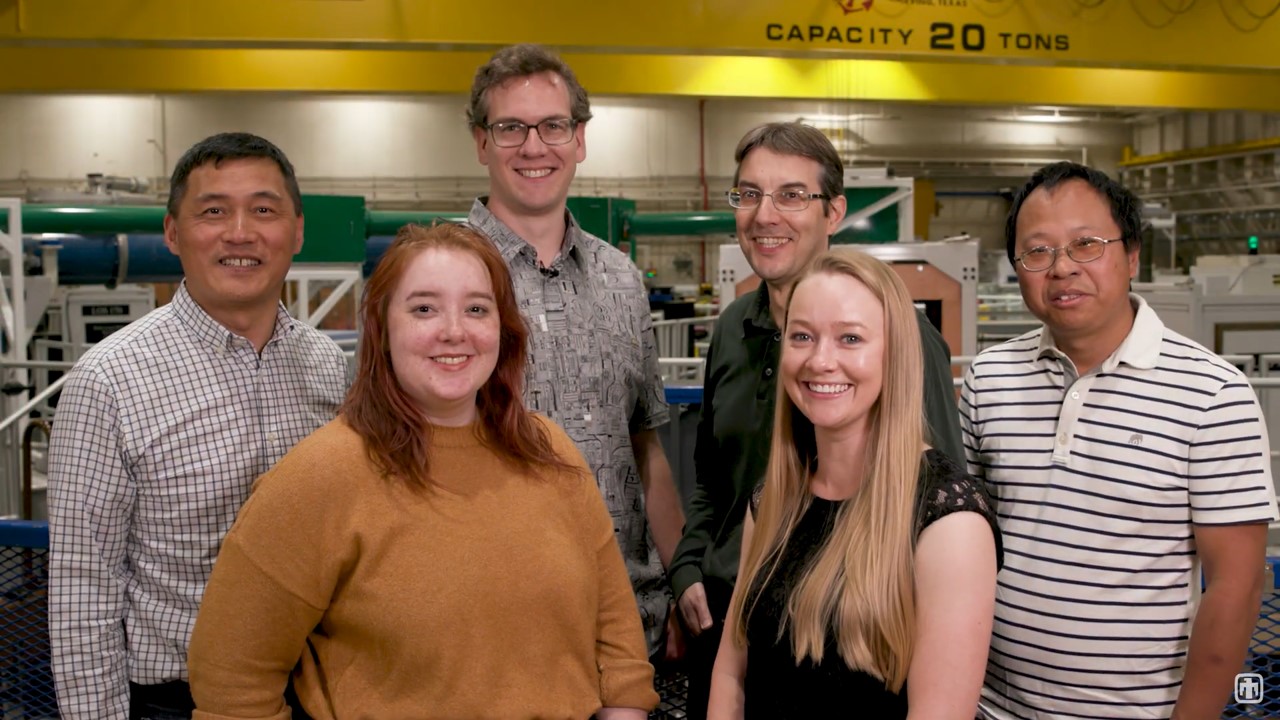 R&D World Magazine — formerly R&D Magazine — presents the awards each year to researchers whom its editors and judges determine have developed the year’s 100 most outstanding advances in applied technologies.

The awards, with their focus on practical impact rather than pure research, reward entrants on their products’ design, development, testing and production.

The criterion for winning has been “demonstrable technological significance compared with competing products and technologies,” and emphasizes properties such as smaller size, faster speed, greater efficiency and higher environmental consciousness.

The Sandia winners this year are:

Taking note of the strength demonstrated by the alternating layers of materials that form seashells, Sandia researchers led by Guangping Xu alternated microscopically thin layers of common table sugar with silica, married them through heat, and came up with a coating stronger, lighter and more cost-effective than those currently protecting U.S. satellites in space. Because the new material is also relatively unaffected by high heat, it is being considered as a protective layer in fusion labs for instruments exposed to temperatures of hundreds of degrees. Sandia’s Laboratory Directed Research and Development office supported this research. 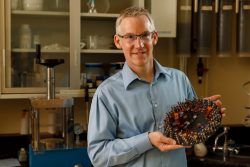 Sandia National Laboratories researcher Todd Monson, along with co-developers at the University of California, Irvine, won an R&D 100 award for Iron Nitride Soft Magnetics.(Photo by Bret Latter) Click on the thumbnail for a high-resolution image.

Because of iron nitride’s high magnetization and resistivity, the soft magnetic alloy — capable of operating at high temperatures — is expected to increase the efficiency of smart grid electronics, transformers and electric machines while reducing their size and weight by an order of magnitude. Modern devices and electric-based solutions for vehicles, aircraft and ships require ultra-high-voltage power semiconductor devices to reduce energy loss with high-frequency ratings to reduce system size, weight and volume. They therefore rely on high performance soft magnetic materials. A reduction of even one percent of existing transmission and distribution losses in grid-scale power conversion systems through use of iron nitride would produce $500 million to $1 billion per year in savings.

The highly desirable material is now available for licensing, says Sandia team lead Todd Monson, who worked with co-developers at the University of California Irvine. The work, mainly supported by the DOE’s Office of Electricity, received seed funding from Sandia’s Laboratory Directed Research and Development office. 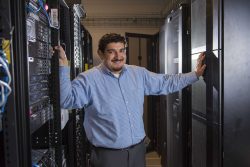 Sandia National Laboratories researcher Vince Urias and his team won an R&D 100 Award for the Automated Threat Estimator for Networks and Applications.  (Photo by Randy Montoya) Click on the thumbnail for a high-resolution image.

With net contents always in flux, cyber analysts must not only quell repetitive cyberattacks but must keep up with threats from electronic entities that might not have existed an hour earlier. Sandia researcher Vince Urias says cyber watchdogs can use Sandia’s Automated Threat Estimator for Networks and Applications to model all possible adversarial paths through network architecture and device configurations. ATHENA fuses data collected from multiple sources to enable users to model and build virtualizations of their networks. Current threat information is then overlaid on the network “digital twin” to prioritize mitigations against cyber threats to their assets.

ATHENA, after validating possible attack routes, provides a decision interface to select the most likely adversarial routes to disable. This situational-awareness tool provides a dynamic network view that can aid in path prediction and threat prioritization. Because the program is not a snapshot but updates continually, decision making is always based on fresh information. Sandia’s Laboratory Directed Research and Development office supported this research. 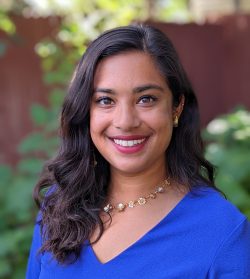 Sandia National Laboratories researcher Shamina Hossain-McKenzie and her team won an R&D 100 Award for the Proactive Intrusion Detection and Mitigation System. (Photo by Taylor McKenzie) Click on the thumbnail for a high-resolution image.

Energy generation through distributed solar resources is making an increasingly positive impact on the environment and the interconnected electric grid. But monitoring the security and protecting the operation of these grid-edge units raises its own problems. To Sandia researcher Shamina Hossain-McKenzie, her team’s newly developed Proactive Intrusion Detection and Mitigation System is the best solution. Developed to secure photovoltaic “smart” inverters and other equipment in distributed energy resources systems, PIDMS, deployed either as software or bump-in-the-wire hardware, provides real-time cyber-physical data analysis to detect malicious and abnormal events and deploy suitable mitigations to eliminate or reduce system impact. 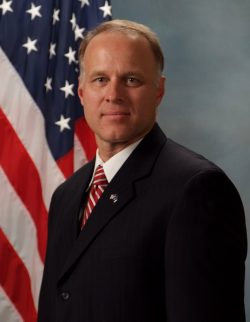 Sandia National Laboratories manager William Waugaman oversaw the development and demonstration for MOSAICS, which won an R&D 100 Award. (Photo courtesy of William Waugaman) Click on the thumbnail for a high-resolution image.

PIDMS also can be extended to upstream levels such as aggregator and utility systems for multi-level situational awareness coupled with automated detection and mitigation capabilities.