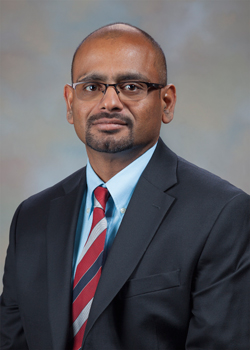 ALBUQUERQUE, N.M. — You might say Sandia National Laboratories aerospace engineer Srinivasan Arunajatesan went into the field because of his sister. Sandia colleague Vicente Romero went into mechanical engineering because of exposure to science and technology in school and through extracurricular activities he pursued while growing up.

Arunajatesan, who joined Sandia in 2010, and Romero, who came to Sandia in 1987, will be honored this month as 2018 associate fellows of the American Institute of Aeronautics and Astronautics. The institute said only about 17 percent of its members ever achieve the rank of associate fellow.

“It’s a little bit humbling for me,” Arunajatesan said.

Romero said he was both humbled and grateful. “To be recognized for all the fun and fulfillment I’ve experienced in engineering over the years is like adding frosting to the cake,” he said.

Arunajatesan and his sister were accepted into the prestigious Indian Institutes of Technology the same year, and he said he decided he didn’t want to be in the same classes. Since she was studying materials science, “I said I’m doing anything but materials science.” He’d always liked math and physics, so he went into aerospace. It turned out to be a good fit.

“I didn’t grow up looking at the stars; that was not me. I was much more of a math and physics geek,” he said. “Aerospace back then in India was a very small industry, so the people who were there were there because they really liked it. We had the luxury of having some really good teachers and I got hooked on that.”

Arunajatesan graduated with a bachelor’s in aerospace engineering and went to work for a company that made trainer aircraft because he wanted to make airplanes. After a year, “I realized it was not as glamorous as I’d thought,” and he wanted to go back to research. He returned to the India Institutes of Technology on a research associateship, then went on to graduate school at Georgia Tech, where he received his master’s and doctoral degrees in aerospace engineering.

Arunajatesan went to work for a company near Philadelphia, where he remained for more than 11 years. Then a Sandia manager he saw at a conference urged him to consider Sandia. Arunajatesan applied and was hired. 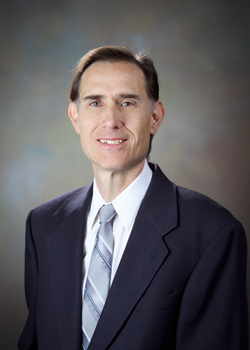 Romero comes from a close-knit Santa Fe family he describes as “an eclectic set of restauranteurs, artists, and flamenco musicians and dancers on one side — except for my dad, who was a plumber — and construction workers on the other side.” There were no engineers in sight, but he pursued his interests in science and engineering through school and his own discovery of the natural world, chemistry and electronics, and working models of cars, airplanes and rockets.

Romero said he enjoys “the practice of thoughtful and creative engineering on challenging problems, and am very appreciative of the opportunities Sandia provides with its large and diverse science and engineering portfolio and its important national mission drivers. I have been fortunate to be able to pursue intellectual exploration coupled with rigorous testing and analysis in a number of areas like computational physics modeling and simulation, systems engineering and algorithms for uncertainty quantification and risk analysis.”

The aerospace field keeps Arunajatesan’s interest because of its difficult problems. “I can very confidently say that no matter what I do, the class of problems I work on will not be solved in my lifetime,” he said. “So they’re really, really challenging problems.”

They’re also multidisciplinary problems, giving him the opportunity to work with people in other fields. “That has really helped me broaden my horizons,” Arunajatesan said. “At Sandia, if you can think of something, there’s somebody working on it.”

Associate fellows of AIAA, nominated by other members, have accomplished or been in charge of important engineering or scientific work, have done original work of outstanding merit or have otherwise made outstanding contributions to the arts, sciences or technology of aeronautics or astronautics, according to the institute’s website.

Institute president Jim Maser said associate fellows “exemplify extraordinary accomplishments and leadership in the global aerospace community.” They will be honored Jan. 8 in Kissimmee, Florida, at the 2018 AIAA SciTech Forum and Exposition.