ALBUQUERQUE, N.M. — Sandia National Laboratories has sent a mock B61-12 nuclear weapon speeding down the labs’ 10,000-foot rocket sled track to slam nose-first into a steel and concrete wall in a spectacular test that mimicked a high-speed accident. It allowed engineers to examine safety features inside the weapon that prevent inadvertent nuclear detonation.

Data analysis from the test continues. Sandia teams will use the information in collaboration with colleagues at Los Alamos National Laboratory to hone their understanding of how systems respond in abnormal environments — accidents or other unexpected events.

The test, part of a B61-12 abnormal environments series, used a test unit that resembled an actual weapon as much as possible, said test director Jason Petti. The high-fidelity unit contained standard components that make up a weapon, explosives and other hazardous materials, but did not contain any enriched uranium or plutonium, Petti said.

The complex forward ballistic test used rocket motors to accelerate the sled along the track, releasing the B61-12 unit to a free-flight crash. The test met expectations and demonstrated the team’s ability to design and implement high-consequence tests. It built on past success for the B61-12 program from 2014 and 2015, when the labs crashed a rocket sled into a stationary mock weapon in a reverse ballistics test series, considered normal environment tests.

Sandia engineers designed the March 9 test both to evaluate the weapon’s performance and to calibrate a computer model that predicts what can happen to a weapon under various conditions, Brewer said.

John Sichler, lead for the Center Bomb Subassembly Product Realization Team, said designing a weapon system to remain safe even after an accident is extremely challenging.

Test results help improve solid mechanics models, he said. Because tests are expensive and it’s not feasible to re-create every possible accident scenario, computer models fill in the gaps by simulating other scenarios.

“We will use the models to predict how our nuclear safety components will perform in numerous postulated accident scenarios without actually conducting tests,” Sichler said. “Over the past five years we’ve been improving our models. It’s remarkable how good they have become.”

Teams created plans unique to the forward ballistics test to determine how to conduct it safely, establishing safety thresholds and a precedent for future tests, said Heidi Herrera, B61-12 operations lead.

Her role was created to understand and deal with potential hazards. “They needed someone whose sole job is safety to make sure we can do the test safely, securely and in a quality manner,” Herrera said. She helped analyze the hazards, quantified potential risks and identified ways to control them.

Planning for every contingency

Mike Kaneshige, who worked on explosives safety for the test, said the team had data from past tests and an idea of what to expect. “But the environment we live in is very different than when those tests were done,” he said. “The expectation is that we plan for every contingency and have a solid technical basis for the decisions we make.”

Brewer said analyzing potential chemical, explosive and mechanical hazards allowed the team to identify “what-can-go-wrong scenarios,” such as how a sudden fire might affect the sensitivity of explosives used in the test. 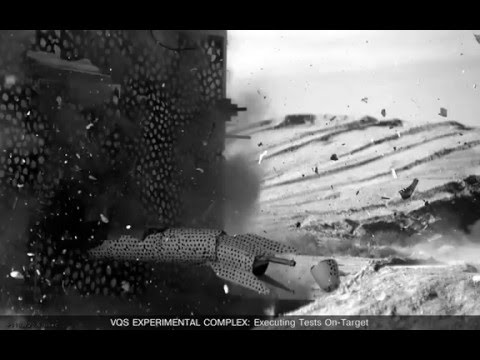 The test unit carried an internal data recorder, hardened so it could measure what happened during the impact and gather data to validate computer models. In the earlier reverse ballistic tests, cables connected sensors and recorders to a stationary test unit. However, the recorder was on board for the forward ballistics test because it’s impossible to attach cables to a unit speeding down a track.

The recorder itself was an engineering feat — it had to be very fast, handle vast amounts of data and fit into a small space, Brewer said. The design will be used in future tests.

The recorder also had its own battery, requiring extra safety oversight since the battery power was compatible with the rocket motors’ ignitors, meaning the rocket motor would ignite if there was an electrical path between the battery and the motor’s initiator, Petti said. The team built in multiple barriers to prevent unintentional ignition, he said.

The test unit and setup contained numerous hazards, so all components of the system had to be evaluated to ensure safety from installation to impact to recovery. In addition, the system had to perform as designed. “There were a lot of eyes on it,” Petti said.

John Wharton, manager of B61-12 Hardware Management and Assembly, said complex planning went into recovering the unit after the test. “Since we couldn’t be positive about how the unit would respond to the impact, we relied on models and informed engineering judgment. That planning paid big dividends during the post-test recovery. The team safely and successfully dealt with myriad post-test hazards including explosive, thermal, chemical, mechanical and other hazards.”

Test preparations took more than a year. That included a calibration test on the track last December using a B61 trainer, a shell the same weight as a real weapon, to assess plans for the actual test, Petti said. The calibration test proved the test setup and gave the team confidence they could provide the needed impact velocity, he said.

The test was performed in partnership with Los Alamos lab’s B61 Life Extension Program Systems Engineering and multiple Sandia organizations.