Deputy labs director is part of a reorganization for continued excellence

ALBUQUERQUE, N.M. — Sandia National Laboratories has named a new deputy labs director to lead its nuclear deterrence programs as part of a reorganization that supports the labs’ continued excellence in assuring the safety, security and reliability of the nation’s nuclear arsenal. 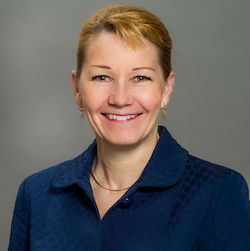 Laura McGill, who joins Sandia after more than 30 years in the defense industry, begins her roles as deputy laboratories director and chief technology officer for nuclear deterrence today. She recently retired from Raytheon Missiles and Defense as deputy vice president of engineering.

“I’m honored to join Sandia Labs and the tradition of serving the national security mission,” McGill said. “I look forward to leading such a diverse and extensive team of incredibly talented people, learning from them, providing guidance and working together to deliver required capability and performance.”

As one of two deputy labs directors in a position second only to the labs director, McGill leads programs that were recently reorganized into two divisions to meet the nuclear weapons modernization schedule and assure the reliability of the existing stockpile. These programs reinforce Sandia’s role as the design agency and system integrator for the nation’s nuclear weapons.

Steve Girrens continues in his roles of associate labs director and chief engineer for nuclear weapons as head of the newly formed Stockpile Management, Components and Production division. Previously, Girrens led the Nuclear Deterrence division, an organization that continually and successfully grew under his leadership to meet the needs of the nation’s weapons programs, prompting the need to expand the nuclear deterrence leadership team.

Rita Gonzales joins the leadership team as the associate labs director of the new Modernization and Future Systems division. Gonzales started at Sandia in 1991 and has spent the past 22 years leading technical design and development efforts supporting both nuclear deterrence and strategic partnership programs.

“I’m tremendously excited about the new nuclear deterrence leadership team and what they can accomplish,” said Labs Director James Peery. “We are fortunate to have someone of Laura’s caliber and wealth of experience join an all-star team with Steve, whose contributions these last few years are nothing short of heroic, and Rita, who has repeatedly demonstrated her leadership ability over two decades.

“Moving forward, our new structure will re-balance the growing workload throughout the nuclear deterrence organizations by addressing roles, responsibilities and activities to ensure Sandia stays on track to meet our nuclear weapons deliverables,” Peery said.

McGill has worked in the defense industry for more than three decades, the last 27 years in the development and production of weapons systems. In 2019, she was inducted into the National Academy of Engineering.

Before joining Sandia, McGill served as deputy vice president of engineering at Raytheon Missiles & Defense, a Raytheon Technologies business with 30,000 employees, including 15,000 engineers and scientists. Before that she was vice president of engineering for Raytheon Missile Systems, leading an organization of 7,800 engineers and scientists developing and producing weapons for the U.S. military and Department of Defense. She was responsible for systems performance, technical execution, test and flight operations, technology investment, engineering career development and compensation, overhead expenses and capital investment. Prior to vice president, she served as the chief engineer over programs that provided the delivery platform for nuclear payloads. 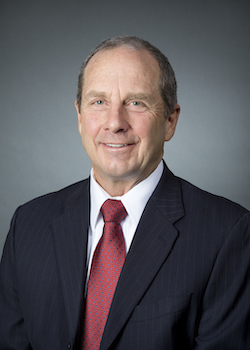 For three years and seven months, Girrens led the Nuclear Deterrence division during a period of rapid growth that saw a weapons program that surpassed $2.5 billion and a staff of more than 2,200 people. Girrens kept Sandia on track as the labs met major nuclear weapon modernization deliverables. 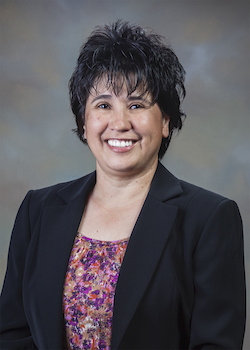 Gonzales became the associate labs director for the Modernization and Future Systems division on Dec. 4. In the new role, she oversees a team that ensures systems-level execution of life extension programs and alterations and has responsibility for inserting new technologies into future systems.

Before her recent promotion, Gonzales was the director of Advanced Systems and Transformation and led a team in the development of safe, secure, trusted and mission-capable weapon designs and architectures.