ALBUQUERQUE, N.M. — Sandia National Laboratories mechanical engineer Bo Song has been recognized as an Asian American Engineer of the Year by the national DiscoverE Program, which honors outstanding Asian American professionals in science and engineering for their technical achievements, leadership and public service.

“This is a big honor for me,” Song said. “It’s highly competitive within Sandia and nationally, so it’s incredibly meaningful to me.” 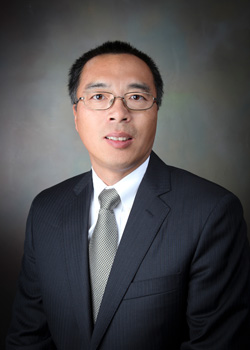 For the award, Song was credited as having outstanding contributions in impact mechanics, advancing experimental and diagnostic techniques in support of Sandia National Laboratories’ defense and national security programs. Song’s groundbreaking work in experimental impact mechanics and the dynamic response of materials and structures recently led to the development of Sandia’s Experimental Impact Mechanics Lab, which Song manages.

“There are not many labs around the world that can do what we do,” Song said. “We’re the world’s leading facility in experimental impact mechanics.

“We developed the impact mechanics lab from a storage room and spent about a year to make it fully operational. We continue developing new capabilities and now cover most of the impact testing for all of Sandia Laboratories.”

“Bo Song has consistently demonstrated the ability to develop innovative [research and development] solutions to solve some of the most challenging problems facing the nation’s nuclear deterrence and defense missions,” says Joel Lash, director of the Sandia Engineering Sciences Center. “In doing so, he has become a world-recognized leader in the areas of impact mechanics and dynamic response of materials and structures.”

Over the course of his career, Song has published a book, chapters for six other books and more than 130 international peer-reviewed journal articles and conference papers. He also has submitted seven Department of Energy technical advances.

Song’s activities stretch beyond his impact mechanics lab. He is a fellow of the American Society of Mechanical Engineers, a founding senior member of the International Ballistics Society and a member of both the Society for Experimental Mechanics and the National Defense Industrial Association. 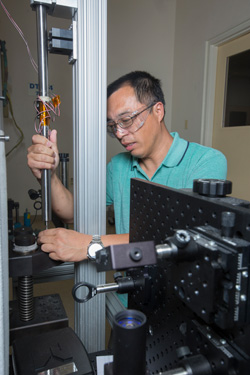 Song is enthusiastic about volunteering in community service, particularly in support of youth in science, technology, engineering and math activities. “I truly love engineering and want to share my passion for STEM with students,” he said. Song works with New Mexico students of all ages in regional and national Future City competitions, awards and STEM academic pursuits.

Since 2002, hundreds of Asian-American professionals from leading U.S. corporations, prestigious research institutions and U.S. Armed Forces have been selected as recipients of this prestigious award.