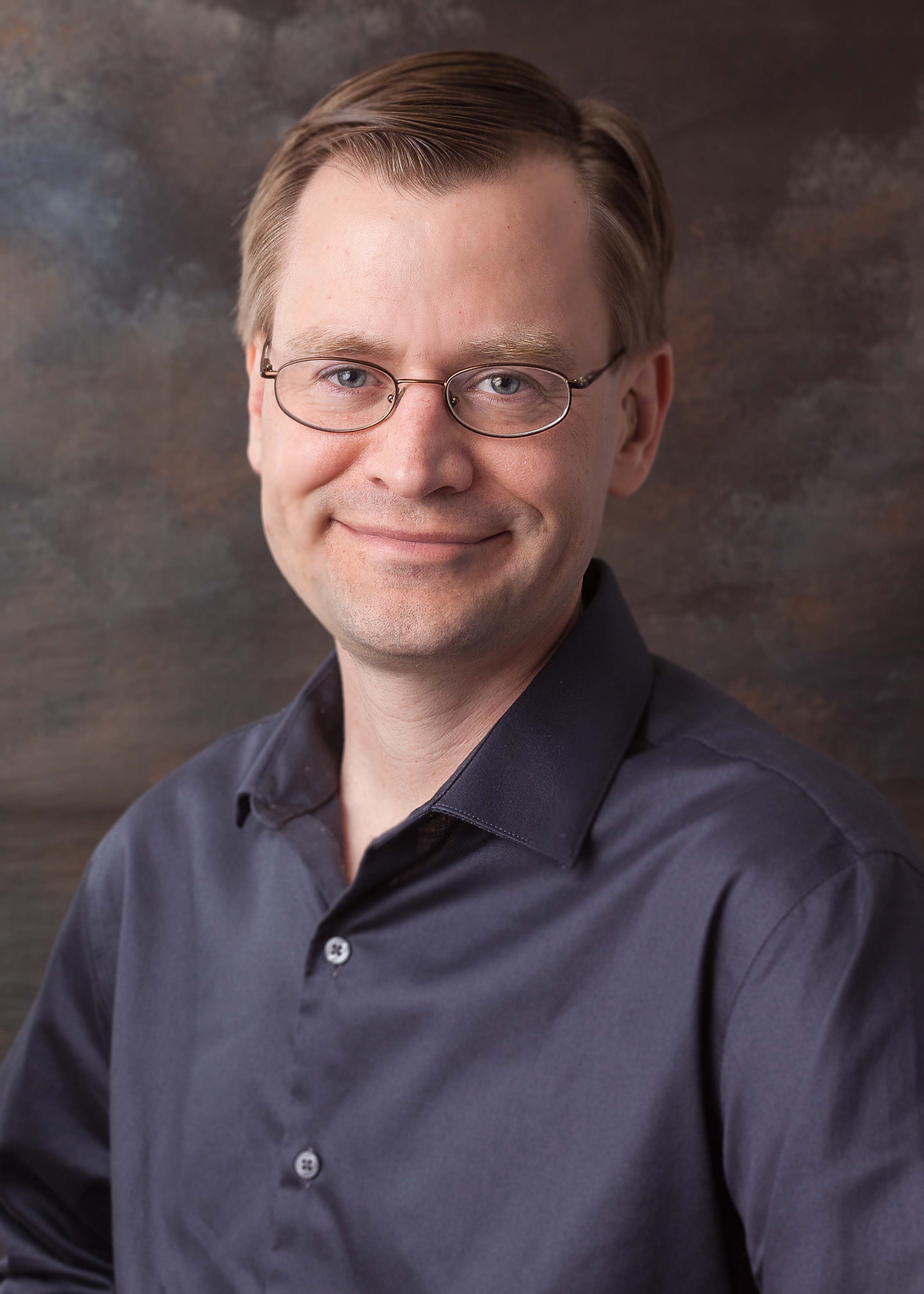 Sinars won in the category “National Security and Nonproliferation;” Landahl in “Computer, Information and Knowledge Sciences.” 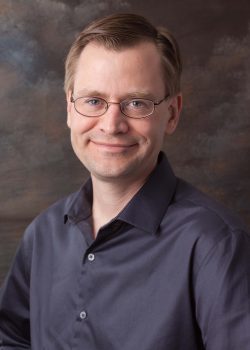 Susan Seestrom, associate laboratories director for advanced science and technology at Sandia, said “E.O. Lawrence was a great innovator who invented the cyclotron, for which he received the Nobel Prize in 1939. Two national labs today bear his name. That two Sandia researchers have been acknowledged with that award in one year shows the significance of the contributions that Dan and Andrew have made to the Department of Energy in connecting science to mission — the essence of innovation.”

The Lawrence Award, which has nine categories, honors mid-career U.S. scientists and engineers for their exceptional contributions and achievements in research and development supporting the broad missions of DOE and its programs.

Sinars, who went from proposing experiments on Sandia’s huge Z machine to directing the entire facility, was cited for his “pioneering development of seminal X-ray diagnostics and their innovative application to z-pinch implosions that transformed the experimental capabilities on the Z pulsed power facility and enabled novel, record-breaking platforms supporting our nation’s nuclear security.”

Sinars said of his selection, “Ernest Lawrence was both an excellent scientist and a great laboratory leader and is often described as the father of ‘team science.’ I am inspired to continue striving toward the ideal that he represents. I’m also incredibly grateful to all the people who work in the pulsed power sciences center. We have an amazing national treasure in our unique facilities. I am constantly humbled by the effort that people put in every week to make it all work, in the expectation that what we are doing in our facilities matters. I have always viewed my primary job as making sure that it does matter and that the science we do each week serves the national interest.” 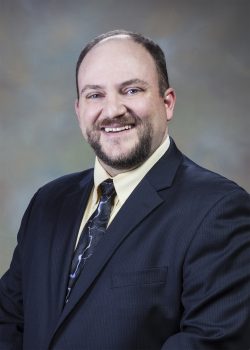 Sandia National Laboratories physicist Andrew Landahl is the first person to receive an Ernest Orlando Lawrence Award in the field of quantum information science. (Photo by Stephanie Blackwell) Click on the thumbnail for a high-resolution image.

Quantum information scientist Landahl was honored for his “groundbreaking contributions to quantum computing, including the invention of transformational quantum error correction protocols and decoding algorithms, for scientific leadership in the development of quantum computing technology and quantum programming languages and for professional service to the quantum information science community.”

While computers are fast, quantum computers take shortcuts. They zip through certain calculations along fragile paths that conventional computers can’t follow. Their ability to do so makes them one of the world’s most anticipated emerging technologies — and critical for national security — because they promise to revolutionize multiple fields, including cybersecurity, energy, defense, manufacturing, finance and pharmaceuticals.

Among the key challenges to their development is overcoming decoherence, which is the tendency for quantum computers to revert to conventional, digital logic when disturbed by outside influences.

Said Landahl, “I was thrilled and deeply honored to receive the award. I think it’s a statement not just about me, but about the growing role of the importance of quantum information science for the whole DOE complex. I think it’s an acknowledgement of how important it is even for the nation, and particularly, the leadership of that coming from Sandia, especially in the area of quantum computing.”

The career of Dan Sinars

Dan Sinars is the director of Sandia’s Pulsed Power Sciences Center, best known for conducting research on the world’s most powerful pulsed-power machine, the 26-milllion ampere “Z” facility. (A 120-watt household bulb uses one ampere.) The Z facility is used for a wide range of high energy-density sciences and the study of matter and radiation at pressures 1 million times or more greater than Earth’s atmosphere.

Under Sinars’ tenure, experiments on the 104-ft-diameter machine have enabled scientists to better understand the effects of aging on the U.S. nuclear stockpile, the effects of incoming radiation on stockpile and civilian electronics and other information needed to keep the stockpile safe, secure and viable without the environmental costs of continued physical testing.

In a second area of scientific effort, increasingly powerful fusion experiments on the big machine have literally blazed a trail closer to the still-to-be-reached goal of controlled high-yield nuclear fusion, with the promise of unlimited energy for all humanity.

Lastly, again on Sinars’ watch, the machine’s huge pressures have been used to study basic science relevant to our universe, such as determining the presence of diamonds (known to be formed by carbon under high stress) on the surface of giant planets in our solar system, the behavior of black holes, alternate theories of the birth of earth’s moon, the death of suns and the amount of water in the galaxy.

While some of this work existed before Sinars’ tenure, much has improved through his leadership and pioneering development of diagnostic techniques and experimental platforms.

He made a dramatic entrance to Sandia when, almost 20 years ago as a relatively new hire, he proposed and then implemented a path that used special crystals to help image what was happening in the maelstrom of energies present in Z’s target area as the large machine fired. While not “new age” crystals with life-altering properties, the crystals successfully blocked almost all the radiation frequencies that had previously blinded recording devices. The remaining few frequencies could be calibrated to create high-­resolution images. Within a year, he had successfully collected his first radiograph of the early stage of an imploding wire array on Z — the signature experiment of that era. Over the next several years, Dan made several significant improvements to this diagnostic system. Enabling a wide range of science experiments, variations on the crystals remain the primary radiography diagnostic technique used today on Z, and it has been adopted at the National Ignition Facility at Lawrence Livermore National Laboratory. This diagnostic was recognized as a major advance in the field.

Other advances overseen by Sinars included the implementation of several new fusion science platforms on Z. Some of these concepts for the first time combined large lasers and pulsed power in new ways to make laboratory fusion easier to achieve.

“In short,” he said, “I developed and used a wide range of novel X-ray imaging and spectroscopy diagnostics to quantitatively study z-pinch implosions, paving the way for Z to become a hotbed of science as others built upon and greatly improved my initial work.”

The work of Andrew Landahl

Since joining Sandia in 2009, Landahl has helped spark the growth of the Labs’ investment in quantum information science, which has led to the construction of multiple quantum computers, sensors and transceivers. As a result of Landahl’s efforts, Sandia has forged a status as one of the top research institutions in the country for studying, constructing, testing and finding uses for quantum devices.

A distinguished scientist in Sandia’s quantum computer science department and a research professor in the University of New Mexico’s department of physics and astronomy, Landahl co-invented an efficient decoding protocol for quantum error correcting codes that can combat decoherence. This protocol and these codes are the basis of multi-billion-dollar investments in the quantum computer industry. He is a recognizable figure on Capitol Hill, where he has briefed many congressional committees and individuals. His award is the first ever given in the field of quantum information science.

“The biggest surprise of quantum information science is that the laws of information are not what you think they are,” Landahl said. “And given how important information is in our society, that transforms the way we think about everything, from sensing to communication to computation.

“The fact that we can do things that would seem impossible with information by exploiting information at the quantum mechanical level makes problems that were once thought to be completely intractable simple, and we’re still working out all the things you can potentially do with a quantum computer.”

He and his Sandia colleagues continue to study ways to find and correct errors in quantum computers without disturbing their delicate balance.

“We have to ask the right questions. You have to have the right kind of test,” Landahl said.

But Sandia’s work in quantum information science goes well beyond correcting errors. In 2011, Landahl led a landmark, $18 million project around building quantum computers, called AQUARIUS (for Adiabatic Quantum Architectures in Ultracold Systems). Both computers operated at less than a millionth of a degree above absolute zero. In addition to reaching its goals, the Sandia team invented new technologies in the process that allow engineers to build devices with atomic precision, which could have far-reaching impact across the semiconductor industry.

“Its purpose isn’t to be the most powerful quantum computer in the world, but maybe the most flexible,” Landahl said.

Landahl said there’s no way of knowing what the exact payoff of all this research will be in the future, but the possibilities are wide open.

Lawrence Award recipients are expected to receive a medal and an honorarium at a hybrid ceremony in Washington, D.C., on Sept. 22, 2022.

The most recent prior Sandia recipient of the Lawrence Award is mathematician Pavel Bochev, who received the honor in 2014, and before him, Sandia fellow Jeff Brinker, who received it in 2002. (The Award was not given out in 2017-2020.)

Of note: Landahl and Sinars were not Sandia’s only connections to this year’s Lawrence Awards. A third honoree — Professor Rachel Segalman at the University of California at Santa Barbara — winner in the category “Condensed Matter and Materials Science” was a high school and college research intern from 1992 to 1997 at Sandia’s Advanced Materials Lab.