Radar gets a major makeover 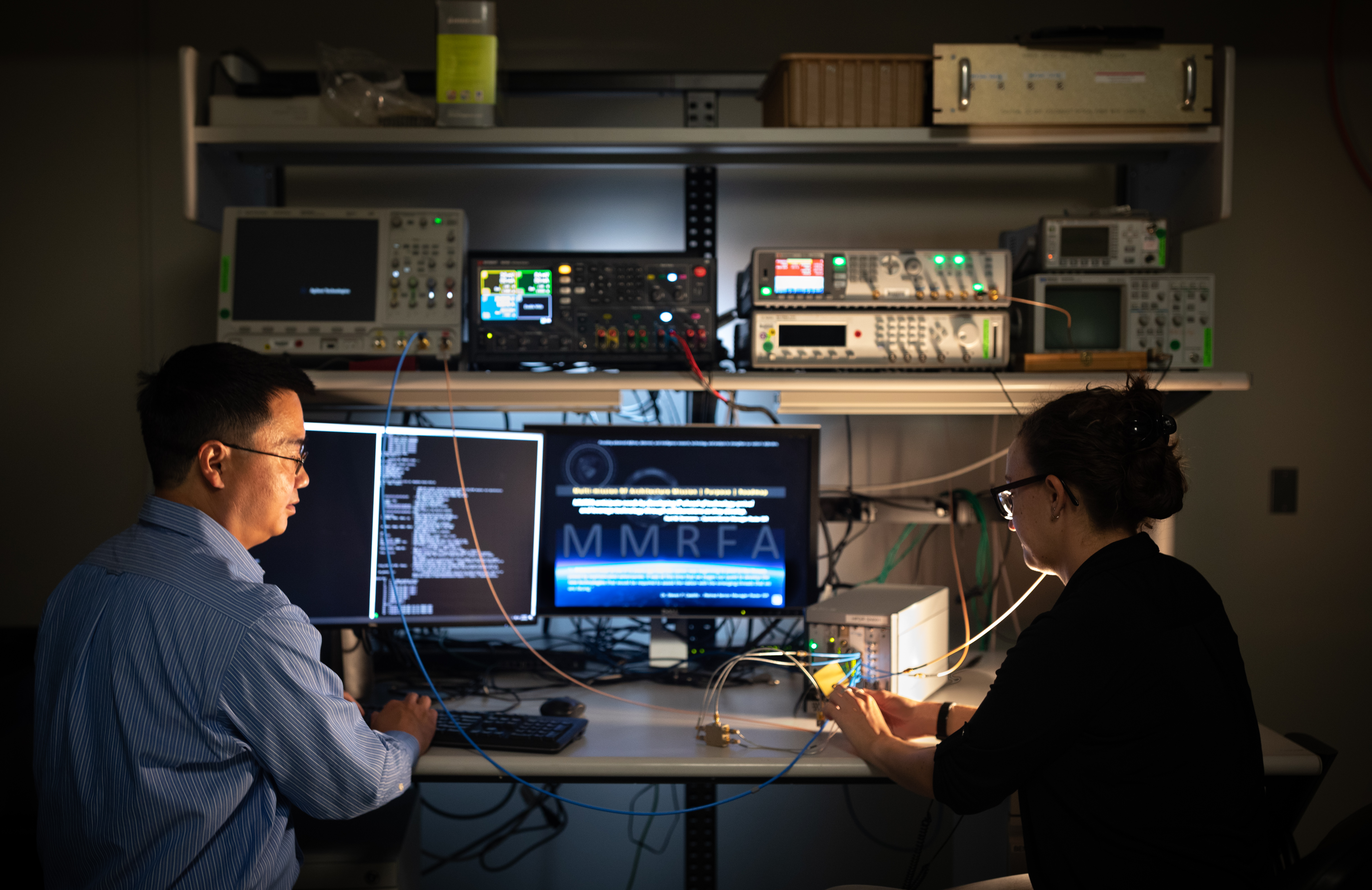 ALBUQUERQUE, N.M. — If radars wore pants, a lot of them would still be sporting bell-bottoms.

Significant aspects of radar haven’t fundamentally changed since the 1970s, said Kurt Sorensen, a senior manager who oversees the development of high-performance radio frequency imaging technologies at Sandia National Laboratories. Like a record player, most military-grade systems are still analog. 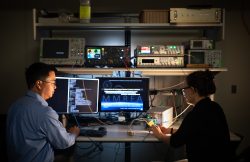 Sandia National Laboratories principal investigator Jacques Loui, left, and a firmware developer are part of a team redesigning high-performance radar as a flexible, multipurpose sensor. (Photo by Craig Fritz) Click on the thumbnail for a high-resolution image.

Sorensen said prototype designs are currently being flight-tested using testbed radar systems on a Twin Otter turboprop aircraft, and the technology could be ready to field in the next two years.

Distinguished member of the technical staff Jacques Loui is leading Sandia’s technical team. He said the project, initially funded by Sandia’s Laboratory Directed Research and Development program and now being propelled forward by the Department of Defense, was motivated by a desire to supply operational agility that warfighters currently don’t have with analog systems.

“Agility means the ability for the sensor to be chameleon-like and adapt to the needs of the mission,” Loui said. “We want to be aware of where we are, where our friends and foes are, and we want to be able to operate unimpeded in contested environments.”

Like a many-colored lizard, Sandia’s digital radar can be reconfigured for different functions, like communication, navigation and electronic warfare, reducing the need for additional hardware. Users will be able to download the tools they need for each mission as firmware and software onto equipment about the size of a small toolbox.

“Digital, software-based radar systems do exist on small scales,” Loui said, but his team is using advanced electronic components developed for 5G cellphone systems to reap major advantages in performance and agility over similar technologies. “Our aim is to deliver outstanding sensors to our customers in the most efficient manner possible.” 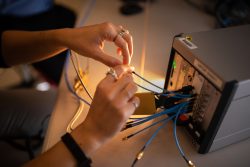 A firmware developer works with a toolbox-sized prototype for a software-defined system called Multi-Mission Radio Frequency Architecture. (Photo by Craig Fritz) Click on the thumbnail for a high-resolution image.

5G cellular technology increases the amount of information wireless technologies can transmit and receive. Sandia is using it to create digital processing tools that convert massive amounts of analog data to digital signals and vice versa, such as a digital version of synthetic aperture radar, a remote radio frequency imaging technology widely used for many national security missions.

Sorensen said Sandia radars require extreme high performance. Now, technology is finally at a point where the lab can make the switch from analog to digital and preserve the extreme fidelity.

Performance is expected to keep on improving.

“The use of commercially available electronics is driving down the cost of these sophisticated systems, providing a clear path of upgrades as the technology continues to advance,” said Steven Castillo, recently retired Sandia senior manager who worked with the project. “The new architecture also sets the stage for utilizing new, highly agile antennas of the future.”

Loui is also leading the Sandia development of these antennas.

“The new architecture will be harder for an adversary to jam or disrupt,” Loui said.

Someone who knows they’re being watched by a radar can deploy countermeasures that degrade the radar’s performance, Loui explained. But Sandia’s system enables users to digitally change characteristics of their transmitted signal in real-time, making it harder to recognize. In addition, the high-performance system can be used to analyze a complex radio-frequency environment — one that has many kinds of signals, including those of an adversary.

As the new radar technology continues to mature, Sandia’s foundational digital radar architecture and cross-organizational research team is positioned to enable adoption of new generations of rapidly changing technology for increased performance while at the same time tailoring the system for an expanding array of applications.