ALBUQUERQUE, N.M. — Three Sandia National Laboratories engineers have been recognized by the Society of Women Engineers as part of its annual awards program for their support in the enrichment and advancement of women in engineering.

“The men and women recognized this year have made significant contributions to the engineering community,” said Society of Women Engineers President Jonna Gerken. “They are leaders, inspiring the current and future generation of STEM [science, technology, engineering and math] professionals and paving the way to empowerment for women engineers everywhere.” 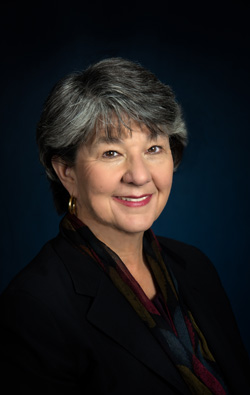 Sandia National Laboratories engineer Janet Williams recently won the Society of Women Engineers Distinguished Service Award for her significant contributions to the engineering profession through education. Williams has been with Sandia for more than 30 years. (Photo by Mike Lee Williams) Click on the thumbnail for a high-resolution image.

Williams joined Sandia in 1985 and served in management in corporate construction, facilities planning and project development and infrastructure programs. In 2006, she was selected to be the site strategy manager at the Atomic Weapons Establishment in the United Kingdom. Following the two-year assignment, she returned to New Mexico to manage the weapons integration department before being chosen as a senior infrastructure consultant for the National Nuclear Security Administration in Washington, D.C. In this position, Williams developed and led efforts in developing an integrated, capability-focused strategic infrastructure framework across the nuclear weapons enterprise.

It was in her last year of undergraduate school that Williams became involved with SWE. When a position with Sandia brought her to Albuquerque, she found herself without a local society section, so she joined forces with other female engineers whose efforts led to the 1988 charter of the SWE-Central New Mexico section. She received the Distinguished New Engineer Award in 1994 and the Fellow Award in 2009.

In her more than 30 years as a member, Williams has served on the career guidance, awards and recognition and convention planning committees; co-chaired a national convention; and chaired the editorial board for SWE magazine, the strategic communications committee and its environmental scan subcommittee, and the government relations and public policy committee. Her commitment to the society’s mission has reached local, regional and national levels.

Williams said she deeply appreciates the recognition of her contributions to the society by her peers. “When I reflect on my career and my SWE experiences over the years, I feel that giving my time and knowledge to SWE’s goals of helping women find rewarding careers in engineering also helped me develop skills that furthered my contributions to Sandia,” Williams said. “The dual opportunities to encourage women engineers and to serve the nation made my Sandia and SWE experiences doubly gratifying.” 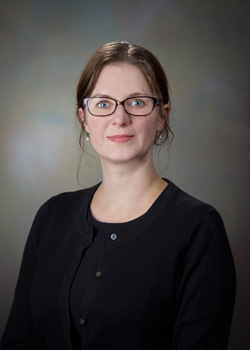 After joining Sandia in 2001 as a student intern, Hahn held a number of research positions working on intense electron-beam-driven radiography sources until she began working in 2010 in the neutron and particle diagnostics department, where she primarily fields several nuclear activation diagnostics to support Inertial Confinement Fusion experiments on the Z Machine.

As an expert on measuring neutron yield, Hahn was the primary scientist supporting the measurements associated with a Laboratory Directed Research and Development project to develop new physical simulation capabilities to qualify non-nuclear weapons components in radiation environments. With others across the labs, Hahn’s expertise helped to make possible new experiments to boost Z Machine’s neutron and energy output.

Hahn has a doctorate in electrical engineering from the University of New Mexico and has co-authored more than 70 peer-reviewed and conference articles, of which she is first author on 15. She is a member of the American Physical Society and attends its Division of Plasma Physics conference and several other conferences each year to present her and her team’s scientific achievements and recruit students for Sandia’s fusion program, speaking with female graduate and undergraduates in particular.

She is a member of the electrical and computer engineering advisory board at the University of New Mexico. Through her professors and other associates in the engineering department, Hahn learned the importance of encouraging female students of all ages, especially those in elementary and middle school, to consider engineering fields.

“I think some students, particularly females, seem intimidated by engineering fields because they are afraid to make mistakes,” said Hahn. “Everyone makes mistakes — myself included. Mistakes are an integral part of the research and development environment. By working with a team, mistakes can be remedied more quickly and that benefits the entire team.”

Hahn also has mentored students from the Massachusetts Institute of Technology, Missouri University of Science and Technology, University of New Mexico and Pomona College in California. She encourages students to be actively involved in technical areas outside their disciplines so they can be exposed to different aspects of research and development.

“I am truly flattered by this award, and I feel tremendously honored that several of my respected colleagues took time to prepare sincere letters of recommendation for the award. It further boosts my interest in wanting to pay-it-forward to inspire other females to join STEM fields,” she said.

Phinney: Charting her path through leadership, ingenuity and empowerment 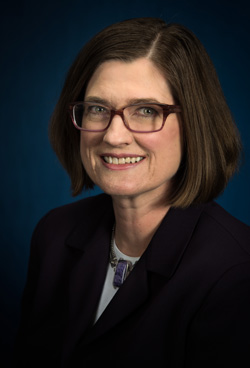 Sandia National Laboratories mechanical engineer Leslie Phinney has been awarded the Prism Award by the Society of Women Engineers. She will receive the award during the society’s annual conference Oct. 24-26. (Photo by Mike Lee Williams) Click on the thumbnail for a high-resolution image.

Phinney began her career at Sandia in 2003 and over the course of 14 years has conducted research in the fields of heat transfer and microsystems and advanced the knowledge in areas of thermal analysis to support national security applications, thermal property measurements, microscale heat transfer, thermal microactuators and diagnostic techniques for microsystems.

In 2009, Sandia’s Advanced Science & Technology Division looked at improving workplace experiences by creating the Workplace Enhancement Council, a liaison group between employees and division leadership. Phinney was a founding member and its first chair. In that role, she led the conception and implementation of new hire and mentoring initiatives. She also has organized panel discussions on professional society engagement, external assignments and opportunities and speed network and mentoring sessions.

Phinney accepted an assignment in the Office of the Chief Technology Officer in 2012. That office, together with the research leadership team, is responsible for the governance and leadership of research strategy and stewardship of capabilities at the laboratories. “Passion for providing the best research environment for colleagues to thrive and succeed in” is what motivated her to accept the position. During the 16-month assignment, Phinney provided a foundation for improvement initiatives by analyzing and documenting research environment findings, activities and recommendations. Her report lead to the adoption of an ideal research environment description, outlined in the State of the Research Environment – 2013.

Today, Phinney is a thermal analyst working in thermal sciences and engineering. Thermal analysts supplement experimentation and testing to ensure nuclear weapons will operate reliably and not fail if exposed to extreme environments. Her most recent work focuses on using thermal analysis to evaluate weapons system response.

Phinney’s leadership began before – and now extends outside of – Sandia. After receiving her doctorate in mechanical engineering from the University of California at Berkeley in 1997, she was an assistant professor at the University of Illinois at Urbana-Champaign’s department of mechanical and industrial engineering. Phinney taught courses on heat transfer, thermodynamics and introduction to mechanical engineering and developed a new graduate course on microscale thermophysics of solids. In addition, she has co-authored two book chapters, 49 peer-reviewed journal articles and 51 papers presented at national and international conferences.

In 2010, she was elected as a fellow of the American Society of Mechanical Engineers. She was an industrial advisory board member for Purdue University’s Cooling Technologies Research Center, chairing it in 2010. Phinney served as an associate editor for the Transactions of the ASME: Journal of Heat Transfer and has been a member on several ASME committees, including chairing the Heat Transfer Division Theory and Fundamental Research Committee.

Her belief that the community broadly encompasses where she works and lives is a driving force for her commitment to improving it. She has supported the United Way’s Women in Philanthropy for more than a decade. Her volunteer efforts have supported the Society of Women Engineers-Central New Mexico section, Sandia Women’s Action Network, New Mexico Engineering Foundation, Junior League of Albuquerque and the Albuquerque Rose Society.

“I focus my charitable giving primarily on organizations that empower women, expand educational opportunities, assist those in need, protect the environment and preserve important historical and cultural sites,” she said.

SWE will recognize the women at its annual event, the world’s largest conference and career fair for women engineers, Oct. 26-28, in Austin, Texas. The not-for-profit SWE was founded in 1950 and, according to its website, is the world’s largest advocate and catalyst for change for women in engineering and technology.