CHICAGO, Ill. — Threats of terrorism and weapons of mass destruction don’t seem as imminent today as they did after terrorists flew hijacked planes into the first World Trade Center and the Pentagon and crashed in a Pennsylvania field, but scientists, industry and universities working on technological solutions to national security challenges must anticipate what could come next. 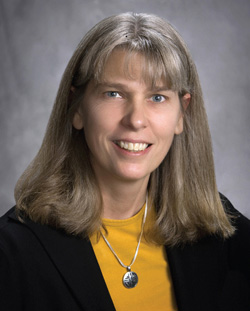 “Even when the public is not feeling a sense of danger, national security research facilities like Sandia National Laboratories still need to be on the job, anticipating what’s going to happen and avoiding technological surprise from those who wish to harm the U.S.,” says Jill Hruby, vice president of International, Homeland, and Nuclear Security at Sandia Labs in Albuquerque, N.M.

Hruby will discuss Sandia’s role in this national security effort, recent research and future challenges in her talk, “Mitigating the Chemical, Biological, and Radiological Threat,” part of a Feb. 16 symposium, Discovery and Innovation in Science and Engineering Security Technologies, at the American Association for the Advancement of Science (AAAS) 2014 Annual Meeting in Chicago.

After 9/11, the U.S. Department of Homeland Security was created and Sandia and others brought science and technology to bear on an intense national effort to respond to threats of terrorism, particularly those using weapons of mass destruction. But in an environment of lower public interest — due, in part, to the success of early efforts to combat terrorism that resulted in fewer major incidents in recent years — continued collaboration between national security laboratories, academia and industry is needed, Hruby says.

Jill Hruby, vice president of International, Homeland, and Nuclear Security programs at Sandia National Laboratories, will speak on “Mitigating the Chemical, Biological, and Radiological Threat” shortly after 8:30 a.m. Sunday, Feb. 16, in the Grand Ballroom E of the Hyatt Regency at the AAAS annual meeting in Chicago. If you have questions, contact Heather Clark, Sandia media relations specialist, at 505-681-6481 or hclark@sandia.gov.

The U.S. can best prepare for future threats by creating solutions using multidisciplinary technical skills and a systems approach to show where the most critical vulnerabilities lie, Hruby says.

“In the years after 9/11 many of the ‘easy’ problems were solved, enhancing our security, but also leaving the U.S. with the more difficult systems-level problems to address,” she says. “At the same time, the risks will continue to increase and change quickly, so we need to think ahead as much as possible so our federal systems can respond.”

Looking ahead, the national security research community will need to balance sustaining current systems with the necessity of improving technologies and responding to new threats, Hruby says.

Sandia’s technological contributions also must address everyday threats by providing the ability to detect terrorist acts. For example, equipment to detect illegal drugs also might detect radiation sources. Or, public health officials must have tools that can recognize a public health threat, while also providing evidence on whether a biological terrorist attack occurred, she says.

In addition, Sandia’s technology often is licensed by industry, expanding its uses to benefit the public. Examples include:

She received bachelor’s and master’s degrees in mechanical engineering from Purdue University and the University of California at Berkeley, respectively.