ALBUQUERQUE, N.M. — A showcase that brought Sandia National Laboratories’ cutting-edge research and technology to the community the past two years has a new look and target audience. Instead of an annual daylong gathering open to the public, the re-envisioned Sandia Technology Showcase will become a yearlong series of events geared to investors and entrepreneurs.

The redesigned Sandia Technology Showcase is geared to investors and entrepreneurs. Click on the thumbnail for a high-resolution image.

The new showcase kicks off with a Sept. 25 luncheon in Albuquerque featuring some Sandia technologies with commercial appeal. The labs partnered with the New Mexico Angels, a group of accredited angel investors who focus on early-stage companies, to unveil selected intellectual property (IP) to interested businesspeople. Sandia researchers who developed the technologies will be on hand to present.

Media representatives are invited to the Sandia Technology Showcase luncheon Thursday, Sept. 25, 11:30 a.m.-1:30 p.m., at Yanni’s Mediterranean Grill in Albuquerque. Please contact Nancy Salem at (505) 844-2739 if you plan to attend.

Jackie Kerby Moore, Sandia’s manager of Technology and Economic Development, said the change to the year-round format is intended to focus on commercialization results. The newly formatted showcase series will give Sandia researchers and tech transfer specialists the opportunity to meet and engage the entrepreneurial community and investors. 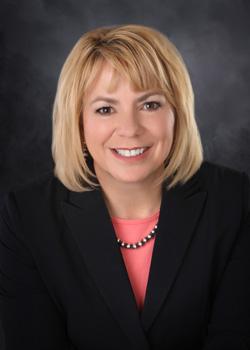 “Our partnerships team at Sandia is excited about collaborating with the New Mexico Angels to launch this first event, which will bring the Sandia principal investigators and their intellectual property together with other entrepreneurs as well as funders,” she said.

The September luncheon is hosted by Sandia National Laboratories, the Sandia Science & Technology Park and the New Mexico Angels. Partners include the city of Albuquerque and Technology Ventures Corp.