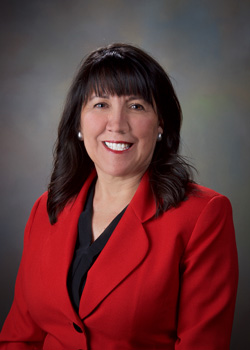 “Technology is always moving forward, and as it changes, Sandia continues to move forward and adapt to ensure we are meeting national security needs,” Jones said.

Jones’ professional career spans more than 31 years at Sandia and IBM, and includes many leadership roles. She currently manages about 1,000 people at Sandia.

Jones also led development of an agencywide cybersecurity plan with chief information officers at the national laboratories and plants for the Department of Energy in 2015. The paper describes a proactive, enterprisewide approach.

“Carol’s achievements and managerial leadership set a powerful example for anyone wishing to pursue a career in IT or other STEM fields,” said Scott Aeilts, Sandia associate labs director.

A New Mexico native, Jones earned a bachelor’s degree in business administration and a master’s degree in management information systems at the University of New Mexico.

With 28 years of experience in developing computational models for complex fluids at Sandia, Rao received a peer-reviewed Women of Color Career Achievement Award. 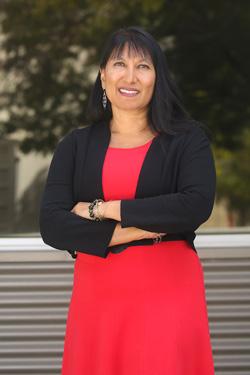 Rao is a founding developer of Goma, multiphysics, open-source software developed for manufacturing. The software won a 2014 R&D100 Award.

Rao also has been working on foam models to understand how polyurethanes fail. Her work on foam-process models has made an impact at both Sandia and the Kansas City National Security Campus leading to process improvements, higher yields in foam parts and shorter turnaround times for structural foam mold designs. This effort recently led to a DOE-funded project with Dow Chemical Co.

“Rekha is one of the foremost experts in the world in the mechanics of complex fluids,” said Sandia manager Sophia Lefantzi. “She has a rare combination of ability, imagination and determination that enables her to make unique technical contributions, ensure Sandia’s mission success and train future generations of talented researchers.” 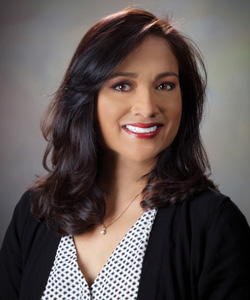 For 25 years, Erteza has contributed to Sandia research. She received a Women of Color STEM Outstanding Achievement Award as a Technology All-Star.

One of Erteza’s largest impacts has been in Synthetic Aperture Radar. When Erteza first joined the SAR algorithms group, she examined the methods being used to address the computationally challenging problem of SAR image formation, then applied her signal processing and high-performance computing expertise to help solve the challenge.

“Engineering doesn’t mean you’re a stereotypical nerd, isolated in a room with a computer,” she said. “We work on teams, and communication is very important. We use math, science and engineering skills to make and build things, and to help solve important problems. Creativity and imagination are two of the most important parts of being an engineer.” 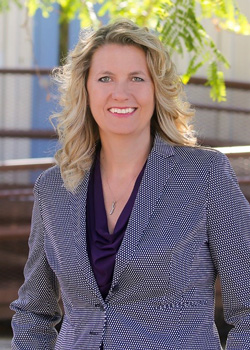 Holland was a founding member of Sandia’s Disease Management Clinic and has served in a variety of leadership positions. She received a Women Worth Watching Career Achievement Award.

“My passion during the past 20 years included creating a culture of health, inclusive of women in the workplace, in a predominantly male working environment,” she said.

Working to curb unconscious bias in the workplace 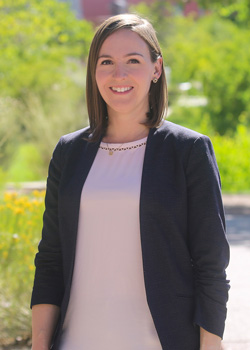 Blythe Clark, a manager at Sandia National Laboratories, received a Women Worth Watching Career Achievement Award. (Photo by Lonnie Anderson) Click on the thumbnail for a high-resolution image.

Clark, who also won a Women Worth Watching Career Achievement Award, said long before she discovered materials science, her first loves were art and music. She credits her grandfather — an engineer, musician and watercolor artist from Mexico — with setting an example of embracing diversity of talents.

A native of Nashville, Tennessee, Clark earned a bachelor’s degree in materials science and engineering from Northwestern University, then went to the University of Illinois Urbana-Champaign for her doctorate.

She then worked as a post doctorate at the Max Planck for Metals Research in Germany before taking a research position at Sandia. Prior to becoming a manager, she led research teams and holds multiple patents for her work.

Clark, now a manager, strives to cultivate diversity and inclusion within her team and throughout the labs. She serves as co-chair of the Sandia Women’s Action Network, a group chartered to enrich and support the careers of all women at Sandia and mitigate gender bias. As part of the group, Clark has lead multiple initiatives to improve diversity in hiring and promotions.